What Network is 0977? Whole Information

The mobile phone network prefix 0977 is not a smart number .SMART has their prefix and it can’t use 0977 because it practically belongs to Globe. But rarely 0977 might use as a smart number if owner of it applied for mobile phone portability (MNP). MNP help mobile postpaid or prepaid subscribers to stick on their existing cell phone number.

It is not a smart number. Smart has their own prefix number .Smart can’t use 0977 prefix because it practically belongs to Globe.

0977 can be a TM Number because TM is a subsidiary of Globe. That is why some Touch Mobile numbers may start with the 0977 prefix. 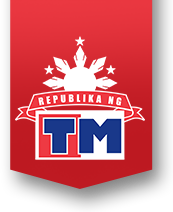 Benefits of knowing the Network of cell phone Number:

There are several reasons to know about your mobile phone number Network:

How to contact a TM or Globe Mobile Number:

If you are living in Philippines, you can call a cell phone number starting with 0977 by just keying in 0 and the remaining 10 digits. First of all you make sure that you have enough balance loads on your account to initiate the call.

Every cell phone number requires a load for completion of its purpose .Following are  some ways about how to purchase  load for a Globe or TM number, specially which starts  with 0977.

How you can check Your Globe Mobile Phone Balance:

Through Globe One APP:

If you’re in other country and want to call your beloved ones in Philippines with mobile number having the prefix 0977, you just have to replace the first number zero (0) with “+63”.

That’s why, it is important to know your cell phone Network. It helps you to know the load promo.

List of other Mobile Number Prefix Belong to GLOBE or TM:

Globe , Smart and new player DITO Telecomm unity signed an agreement with a company .It will allow their customers to keep their mobile phone numbers even if they decide to change their network(i.e. from globe to smart or smart to globe).

This is a joint venture among the three Telecommunication companies with the help of technology firm   to implement R.A No. 11202 also known as Mobile Number Portability. Through this law the people of Philippines may change their networks and shift from postpaid to prepaid subscription and vice versa.

They are trying to integrate their system within 18 months after setting up their support mechanism. This will be cheap for millions of people of Philippines as one will not need to purchase another card for company network .They just need to switch networks or shift from their subscription.

This is also helpful for customers to come in contact with their friends and beloved ones. This law promotes lifetime ownership of their cell phone numbers. A mobile phone number which starts from 0977 are Globe. Globe Telecom™ has complete authority to use this prefix for their SIM CARDS.

Prefix 0977 network is globe and TM. In Philippines mobile phone Result:    numbers which begin with 0977 are Part of TM Network. It is also known as TM Tam Bayan and was previously known as Touch Mobile.  numbers starting with 0977, regardless of rest digits were found to be TM numbers when checked by using the Mobile App Prefix PH.

We are hopeful that by reading this article you learn a much more about 0977 Network.

API validation is important because it ensures that your API works properly, which reduces the risk

Application software is computer software that performs specific tasks or functions. These tasks can

Lenovo has established itself as a leading technology company, offering a wide range of computing de

Everyone appreciates a good trick. Regardless of how well we understand a program or tool, there alm

Lenovo, one of the leading technology companies in the world, has a long and rich history in the com